Wright B Flyer flies at AirVenture 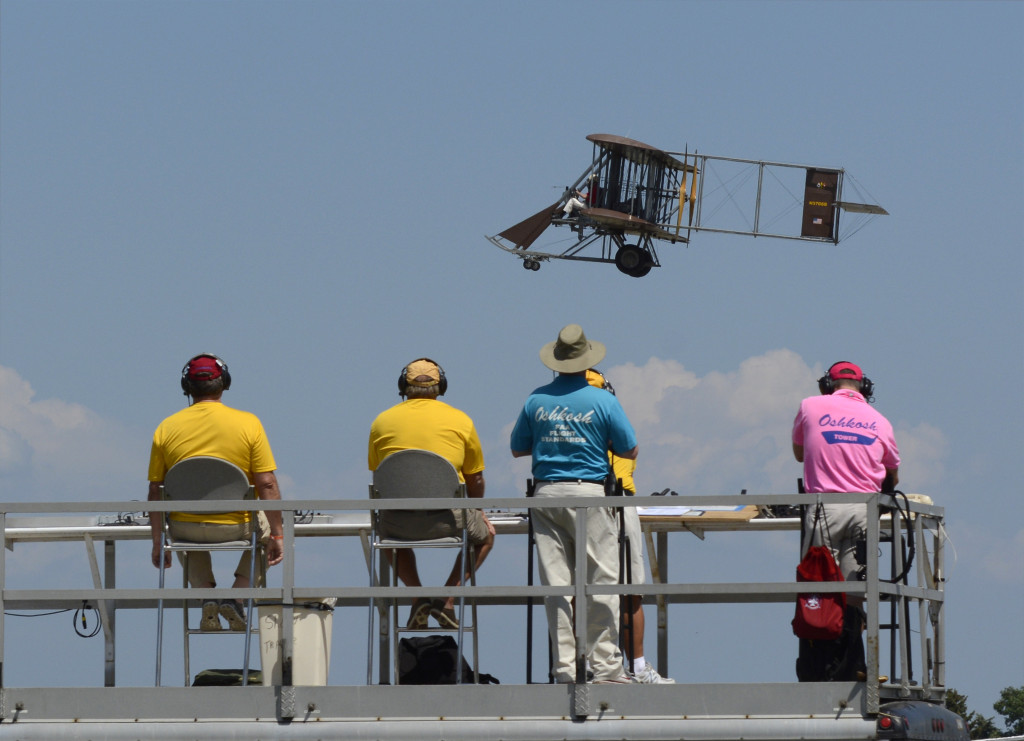 Danny Clisham, one of the best-known voices in the air show industry, flew in the right seat of the primitive-looking biplane as it trundled slowly through the sky past thousands of spectators with Wright B Flyer Chief Pilot Rich Stepler at the controls.

As they flew, Clisham recited the history of the Wright brothers’ accomplishments that led to their building of America’s first airplane factory in Dayton in 1910 and their first production airplane—the Wright Model B.

The Wright B Flyer in Thursday’s show is a modern lookalike of the original airplane. Instead of wood, wire and cotton, it’s made of modern aircraft materials and components and features modern flight controls—ailerons instead of warping wings, for example.

Wright “B” Flyer Inc., an all-volunteer nonprofit, flies and maintains the airplane in Dayton, Ohio as a flying symbol of Dayton’s, Ohio’s and America’s aviation heritage. It has had the airplane on display all week in the Vintage Area of the Experimental Aircraft Association’s (EAA’s) annual AirVenture fly-in convention on Wittman Airport.

The organization is promoting its project to build a successor to the aging airplane in the original Wright brothers’ factory with the help of EAA members and chapters. Besides building a new airplane, the project is aimed at raising awareness of the historic factory and plans to restore it as a national park site. EAA is supporting the project and invited Wright B flyer to display and fly its airplane here.

The airplane is scheduled to fly again in Sunday’s air show.